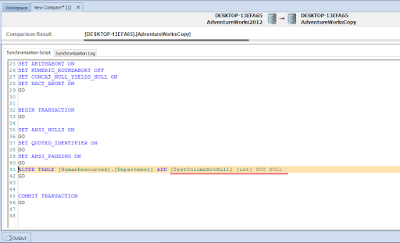 Notice the NOT NULL without a default value specification in the ALTER TABLE statement. Logically this is correct because one of the tables has the ‘TestColumnNotNull’ with a NOT NULL constraint and no default value, so it will try to create the same column on the other table. But, because these tables both have data, adding a column in one of them would mean that the values for this column would be NULL. Since the column has a NOT NULL constraint SQL Server will not allow the addition of this column.
Workaround: The solution to this is to force xSQL Schema Compare to script the new columns as NULL by checking the ‘Script new columns as NULL’ in the comparison options dialog (picture below): 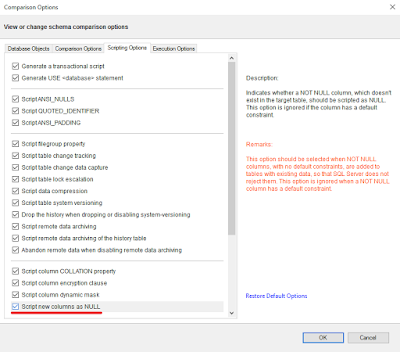